Up to a point (and I can't remember when it happens), paintings of people aren't usually of the person in question, but are more symbolic of them. If you take a look at the statues of the kings of England in York Minster, you'll see what I mean. Edward I, a well known warrior, has a shaggy beard and viscious expression, while his son Edward II (a well known wimp) has a trimmed beard and is inspecting his finger nails. By the 1460s when they were carved, no-one kenw what William I looked like, so they made it up.

Prior to the late 14th C (is that right), pictures tended to be 'flatter' and size was not an indication of how tall or how close a figure was, but how important (see th Mac Bible with kings as tall as castles). The style of painting changes to a more realistic one with the development of the Camera Obscura.

Another point (which persisted will into the modern period) was the tendancy to paint historical figures in current fashions (often with the addition of a funny hat or some-thing to show that they aren't modern people). Again, that's why the Mac Bible is such a good source for mid 13th C, even though it is illustrating bible stories of centuries earlier.
Colin

Or example for all examples (that is if I can phrase it like that), would you imagine Alexander the Great riding in full plate armour

Or Julius Ceaser, or King Arthur or Saint George.
Not that a God fearing man of the cloth sworn to poverty would be requiring a portrait of himself when he was too busy defending Outremer and looking after Our Lady's poor.
12th century fighting orders, along with the other religious orders were going through a period of growth and having been (re)formed were more stringent in adhereing to their vows and rules than those of the 15th and 16th century
OSTENDE MIHI PECUNIAM!
Top

narvek wrote:Or example for all examples (that is if I can phrase it like that), would you imagine Alexander the Great riding in full plate armour

"A long bow and a strong bow,
And let the sky grow dark.
The nock to the cord, the shaft to the ear,
And a foreign king for a mark!"
Top

Oh yes Alexander the Great wore armour 24 hours a day because that's what pictures of him show.

It MUST be true.

Talk about missing the point

I hadnt realised that there was a point to be missed? Please enlighten me...are we being instructed to ignore all imagery from the past? This all started because someone who wishes to reenact as a Templar asked about a bloody hat! The hat in question has been in use since before the 11th C. and is still in use today. Wether or not the portrait the chap used as a reference is accurately portraying the person is irrelevant. The cloaks in the portraits are authentic as Hospitaliers so perhaps the hat one of them is wearing is genuine too?
"A long bow and a strong bow,
And let the sky grow dark.
The nock to the cord, the shaft to the ear,
And a foreign king for a mark!"
Top

Are you deliberately trolling this thread?


Just because a picture shows something it doesn't mean that it is strictly accurate. There is artistic licence and pictures must be viewed in context...when and why they were painted.

Its not black and white, that seems to be your attitude. There are shades of grey.

A picture can be a starting point for further research and discussion. It cannot blindly be used as facts......otherwise we would all be dressing as _______ (insert any famous figure from history)

Cheers for all the replies, its annoying that I dont get emailed after first few posts. Didnt expect to see this many. I think gallois has made a good point. There is a lot we dont know about the medieval periods and how things where done back then. Seeing as in the case of the Templars theyre main documents were burnt we cant rule out the fact that they didnt. But point is stop bullying eachother lol

Not ignore but take with a pinch of salt, it's not a photo(and it's easy enough to 'fake' or misinterprete photos information) paintings and illustrations often contain 'fantasy' and/or obscure symbolism, possibly not even there and done 'remotely', so just double check stuff don't just take it as painted with modern photo realism.
On a different tack but just to illustrate (no pun intended) my point

On the face of it archers shooting at a butt, but they are shooting with birding blunts which are sticking in the target AND shooting off their thumbs (wrong side of the bow for most archers) is that how really was done?
Futuaris nisi irrisus ridebis.
Top

probably not but i can and hve made birding blunts stick in similer things. and yes i have shot of the thumb.
http://s4.gladiatus.com/game/c.php?uid=71973
Top

Did you have a little metal tubes to aim for like the guys in the Lutterel Psalter, or isn't that what they are?

But they are sooooooooooo regular so they must be built in right?
Futuaris nisi irrisus ridebis.
Top

You say the nicest things

no problem, just pop around any time i have the forge lit
http://s4.gladiatus.com/game/c.php?uid=71973
Top


The hat in question has been in use since before the 11th C. and is still in use today.


EDIT: corrected the 'quote' tags instead of 'img' ones

Of course I have Jaffa cakes

Now this is a serious thread about serious hats....get away with you and your talk of Jaffa Cakes 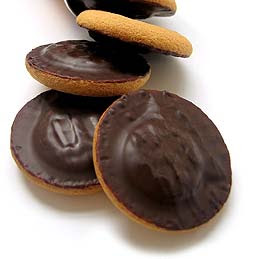 I have real Jaffa Cakes, not just pictures......

this thread is way to deep for me. i', going to sit down with a nice digtsive
http://s4.gladiatus.com/game/c.php?uid=71973
Top

Any more real than this:

Templar Knight wrote:Cheers for all the replies, its annoying that I dont get emailed after first few posts. Didnt expect to see this many.

I've noticed my reply notifications getting flagged as spam lately. That may be why you're not getting them.


Templar Knight wrote: I think gallois has made a good point. There is a lot we dont know about the medieval periods and how things where done back then. Seeing as in the case of the Templars theyre main documents were burnt we cant rule out the fact that they didnt.

Be careful rellying on the Lack of Evidence argument. A lack of evidence tells us that we DON'T KNOW something. We then have to refer to related evidence to work it out. For example, there is no evidence that medieval horses very herbivores. So, we imply from the fact that modern horses are herbivores that so were medieval ones. A bit of a silly example, I know, but it makes my point.

So, this picture tells us that the hat was worn by monks when the picture was painted (okay, so I've inferred a lot into there anyway). Now you need to find out if the hat was worn by anyone in your period (I think that there was mention of that above). If it was, then the two imply that your templar can wear it, if there is no evidence for it's exitence then, I'd recomend avoiding it.

I'd trust Bruegal to paint pretty good representaions of late medieval life, including costume, I wouldn't trust him to do the same about anything earlier.
Paintings were often allegorical in nature, they were commissioned (only at the end of the Renaissance did you have artisits creating art for art's sake) so they artisit painted what they were told to paint not what they wanted or felt should be done, the artisit is limited by talent and tools, certain colours can be created for a painting that ould be either exhorbitently expensive or impossible to produce in the flesh.
I was recommended by those more in the know than myself to use paintings and other illustrations to help my portrayal but to use them with caution, they are after all creative works not photographs-and even those can be altered or faked!
OSTENDE MIHI PECUNIAM!
Top

"Im confused as to why anyone would paint his portrait centuries later? "

The middle ages was full of it, no less in later eras.

I can think of many 15thc examples where modern ie 15thc dress were applied plus what some believe to be 'fantasy' ie in order to set it aside from being modern (15thc).

There is a range of tapestries about Alexander the Great, mid to late 15thc, he is shown in anything but Ancient Greek kit, the people are variously dressed in kit that we know to be of the period of the painting and weird and wonderful stuff.

Retrospective painting was only part of the trend to relate histories of the past, written works use contemporary words to describe things from the past, eg doublets etc.

As to the image posted, that is not of the period of the subject, much later, if the text underneath is of the same era as the painting then even more certain it is later, the script is of a later date.

Image interpretation is hard and very often has to be viewed with other factors in mind.

I would try to find images from the time of the templars or even contact them.
middle english dictionary